“Am I Crazy?”: Do You Need a Diagnosis to Get Help?

Mental health stigma continues to be huge in our society and many people, especially people who aren’t in mental health, are quick to talk about someone’s diagnosis before talking about the person’s needs. It’s led a lot of people to ask “Am I crazy?”

Yet, the average person in my office can’t be boiled down to an easily labeled anything. On TV there’s always someone saying, “Oh, they’re a textbook case of [fill in the blank diagnosis],” and this makes it seem like there are many textbook cases of things. But the textbook case is usually the rare bird and we need to break out of this notion that you need some high level diagnosis or mental illness in order to benefit from talking to someone.

The Stigma I Faced

I started noticing this long before I became a counselor. I’ve taken part in my own therapy many times in my life so sometimes when a friend or family member asked for some advice or was going through a difficult time I naturally shared with them how therapy had been helpful to me—maybe it would be to them as well?

It always, and continues to, surprise me how often people become angry or even insulted by that suggestion and they would say, “Do you think I’m nuts? Am I crazy? Why would I go to therapy?”

Most people don’t consider themselves mentally ill and feel that going to a therapist would mean they are. I wonder if our fascination with diagnosing people has contributed to this.

But what does a diagnosis tell us in the end?

Can Diagnoses Be Helpful?

If there is one particular symptom that is bothering someone it can be helpful to diagnose that (e.g., insomnia) and receive specific treatment for that one issue. There’s lots of science behind this and that’s where Evidence Based Practice (or Treatment) can be very helpful. Your Cognitive Behavioral Therapy and such can focus and be short term.

The thing is, as opposed to going to a PCP with strep throat, emotional issues aren’t quite so neat and tidy. You still carry with you whatever led to the sleeplessness. That probably hasn’t been altered. 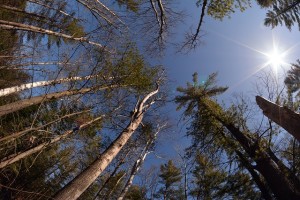 Even if you start sleeping again that issue is going to find a way to creep in somewhere else. Sometimes becoming a physical illness. Sometimes getting in the way of your relationships. Sometimes encouraging you to work too hard or drink too much.

It’s your decision, of course. Do you want to stick around and look deeper? Obviously, I think it’s worth it, but you don’t have to. Short term treatment sometimes works for people who want to get rid of some symptoms.

There are also some people who find a lot of comfort that their suffering has a name. It proves to them that they are not the only one suffering from Obsessive Compulsive Disorder or Major Depressive Disorder. As much as it’s important for me to always see the whole person, I’m well attuned to how many people feel incredible belief that they don’t need to suffer in silence or alone anymore. For them, diagnosing is very important and part of the treatment.

Why Else Would Someone Go to Therapy?

Many people enter treatment with me for other reasons. They are here for their kids or their partner is the one who really needs help, but for some reason they are the ones who are there. That’s fine. The idea of going to therapy because of someone else is not so uncommon. It just doesn’t last if that remains the goal. We can’t change someone who doesn’t want to change, but the interesting side effect of this work is that when we change oftentimes the people around us shift in response to us. It’s why parents benefit from coming when their children don’t want to or the guy who wants his girlfriend to change can benefit from coming to his own sessions.

But I’ve moved away from diagnosing and the “Am I crazy?” question.

Counseling/therapy/coaching/treatment–whatever you’d like to call it can be an amazing experience for you if you are open to exploring some, not necessarily all, of the stuff you often take for granted. It can be more interactive than you’ve probably seen on TV too.

It can also be frustrating, but remember that it’s your time so you want to make sure that whoever you see is someone who you can trust (or at least learn to trust) and someone who seems to be putting you first. I write a little more about this on GoodTherapy.org with respect to going to a licensed therapist vs. an intern.

So what’s stopping you from talking to someone? Is it the diagnosis question or the “Am I crazy?” question? Maybe you have some questions for me? Feel free to contact me here or, if you’re a guy, please take a few minutes to look at the “Should I Talk to Someone” test    here and maybe that will give you some better direction.