How to Ask For Space in a Relationship - Justin Lioi, LCSW - Brooklyn, NY

How to Ask For Space in a Relationship 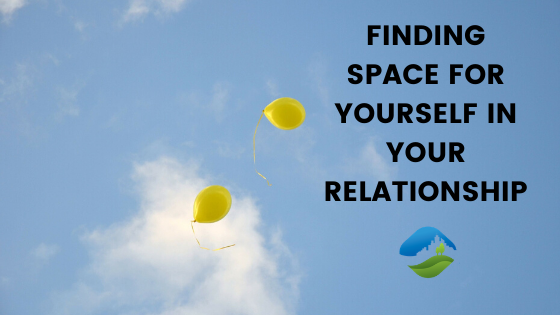 Whatever you want to call it, finding space and taking time for yourself is ok even (especially) when you’re in a relationship.

Sure, there’s lots of time spent together when we decide pair up and there’s also some stuff that gets sacrificed. Hopefully, it’s worth it!

You can learn a lot about yourself in a relationship. you can experience a real intimate connection with one special person. You can feel loved. Desired. And you can feel so incredibly angry while at the same time believing that your connection isn’t threatened by that anger (or their anger at you!)

It’s a powerful thing when you’ve built that kind of connection with someone. But it doesn’t mean that you don’t want some time away from them.

And wanting time apart from someone you deeply care about does not need to threaten the stability or strength of that relationship!

If you’re thinking—that’s fairly obvious, Justin—than this post is probably not for you. You’re not feeling smothered in your relationship.

But if you’ve been feeling the sense that you want some independence, some time with friends, some time alone, I want to highlight that that does not have to be a danger sign that you’re in the wrong relationship or a bad one.

How to tell your Partner You Need Space:

Yeah, this sounds dumb or just too easy, but take it from someone who has spent a great deal of time in my head overthinking things: it’s amazing how many problems are solved by just asking the person for what you want instead of coming up with the many layered flow chart in your mind about what they might say and what you’ll say back and how they might react to that and then what you’ll counter with etc etc etc.

Seriously, though, try this: “Hey babe, I’d like to hang out with some friends Saturday night. Any issues with that?” They might be pleased that they get to do something without you too (in a good way, of course!) That leads to:

Finding time to be without your partner doesn’t need to threaten the relationship and it can be an antidote to feeling smothered. It can be healthy because you’ll have new stuff to talk about and different experiences to decide you want to share together in the future. Worried about the health of your current relationship? Check out these 3 Warning Signs.

If you’ve committed to one or all of these steps and you’re still not getting what you want it may be time to reach out for some professional support.