Can Fathers Really Protect their Children from Grief? 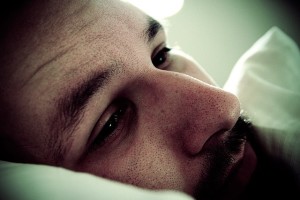 I’m going to talk about modeling again today, but the focus is going to be on sadness. Fathers may feel sad, but how do they show that to their children? Just how do guys grieve?

The Value of Allowing Ourselves to be Sad

There’s been quite a lot of change in society about how men are allowed to show grief. As a child I remember going to funerals (we’re Italian and our culture makes no pretense of hiding death—I went to my first wake at a very early age) and seeing how differently the men and women expressed themselves. Kids begin to learn the rules so very early on.

As a society we are uncomfortable with raw expressions of grief. Someone starts to cry and others scramble for tissues, tell them “It’s going to be okay,” and just try to get them to stop. As a therapist it’s been interesting to note the part of me that shifted from wanting to make everyone feel better (and how selfish trying to make others feel happy can be) to learning to stop and allow that person to feel their feeling as fully as they can in a safe space.

This isn’t because I suddenly became a cruel person or that I believe it’s “good” to suffer. But I now know from experience, both personal as well as professional, that those huge, strong feelings don’t just fade away.

But they don’t always look like the feeling they’re expressing: deep sadness can come out as intense anger when someone does something even slightly annoying. Sadness that’s denied can be exhausting and come out in an increased need for sleep. Sadness that is really squelched down can even lead to serious medical conditions. Perhaps feelings that have not been dealt with directly are what gets triggered in pet peeves?

Father’s Ability to Model Their Grief

We want to protect. Father’s have in a sense signed a contract stating that once that child enters the world you will protect him or her from whatever’s out there. But the other side of protection is preparing. It’s a fine line from shielding your child from dangerous situations while also getting them ready to face them. A good place to start, a safe way to start, is to prepare them for these difficult feelings by allowing them to see how you handle them. Letting your child see you sad, see that men get upset, see that dad can be sad.

If it’s hard for you to express deep sadness then having a child is a good time to re-examine what gets in your way. Because we cannot escape sadness. And I don’t just mean crying. While I’m fine with tears, and know they can be a very effective way of expressing emotions we haven’t found the right words for yet, I’m not at all saying you need to model weeping all the time. This is about not denying or avoiding being sad.

What’s it like for you to say to someone, your child, your partner, your friend, “I’m sad,” or “This hurts”?

I remember Tony Soprano talking about how his heroes were some of the men he watched in old movies who never showed emotion. I can relate to that. Showing vulnerability can make you a target, there’s no doubt about it. There’s a line in a Craig Carneilia song, The Things I Learned in High School, that says letting others see that kind of feeling is “a deadly thing to do.”

Is it just the same for you? I know some men who, as boys, consciously decided they were not going to show “weakness.” They had been called a cry baby way too often, they had been mocked, and others would call attention to their tears when they were trying to hide them. Years later, in my office, one of those men can’t cry but has a lot of stomach issues with no seeming biological basis. Was it worth it? He says no.

How Do Guys Grieve?

Feeling sad is just that—feeling sad—and it’s interesting how many men don’t understand what that means. I think it’s about how action oriented we are that telling someone to Just Feel an emotion can get them angry because they’re not being told what to Do. So they answer to “how do guys grieve?” is that often they try not to.

Men, traditionally, are supposed to fix things and that is by nature very active. From Tony’s heroes in the Westerns to Bob Villa men rejigger what needs rejiggering, men don’t ask for directions, men don’t expose themselves: men fix.

Someone tried to convince me in high school that girls prefer you to listen to their problems while boys want you to fix them. It was facile, possibly sexist, but often seemed to work. The problem was that grief can’t be “fixed.” We’re not solving some concrete problem here. We are dealing with the emotions that people write operas about, that Greek tragedies are performed to express, that all the great religions created elaborate rituals for.

But we don’t often have a song or a monologue that is precisely written for our grief and eventually the funeral rite ends. The Elizabeth Barrett Browning poem, Grief, states “Hopeless grief is passionless” and talks about a statue that cannot cry because if it could, there would be hope. Feeling the feeling, having the grief—not standing there like the statue as I’ve seen many men do—can be healing. Grief, sadness, anguish—whatever—if you’re feeling these feelings you are healing. It may not feel like it. In fact, it may suck. But you are healing the moment you allow that feeling to come up.

And your children can learn that if dad can get very upset and sad and still go on, then they can survive their own strong feelings. Those tantrums can be put into words. The sadness over the loss of a friend, a grandparent, a pet, or any of the losses we don’t want our children to have to deal with is nothing to be ashamed of. It doesn’t need to be packaged nicely and put away for when no one else is watching. Dad can handle his grief and still help you handle yours.

If you’d like to discuss this or another topic further please don’t hesitate to get in contact with me.