Masculine Norms: Are You Limiting Yourself? 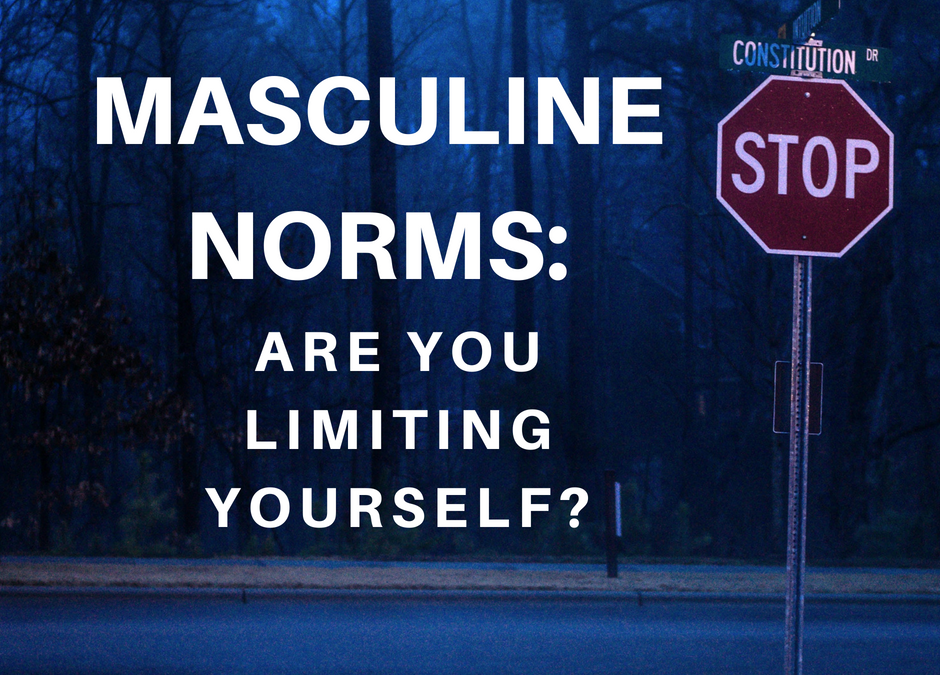 It’s not hard to come up with a list of masculine norms for men. When I’ve given talks and workshops I’ll usually ask the group to popcorn out these stereotypes and it’s always the same ones:

Some people in the room get upset with the masculine norms saying that they are stereotypes and others just feel they are stating facts.

Sometimes I’ll ask people to think of a time when they were confronted with someone who did not adhere to these masculine norms. I ask them to connect with the feelings that arose inside them in response to seeing a man who did not follow this “code”.

every once in a while when someone is being particularly honest:

But mostly the responses to pushing back against masculine norms are negative. Not just, I don’t like that, negative, but really pissed off, disgusted negative.

I don’t ask people to go too much into this in the room because I’m never totally sure who is present, how they identify, and how hearing all of this could be triggering. But when I work with guys one-on-one we definitely explore the depth of these feelings when someone else is just honestly revealing who they are, which may or may not conform to masculine norms.

Why such a strong response? Where did that feeling in you come from?

Hopefully, the more we sort through that, the more freedom that is allowed for my client to be the person he truly is. To allow him to choose his own masculinity–which, coincidentally (or not!) is almost the title of an article I wrote for The Good Men Project that goes into this idea in a bit more depth. Would love to hear what you think about Choose Your Own Masculinity!

Want to talk more and see if counseling would be a good fit for you? Contact me for a free phone consultation.