Getting to Know Your Physical Signs of Anger - Justin Lioi, LCSW - Brooklyn, NY

Getting to Know Your Physical Signs of Anger 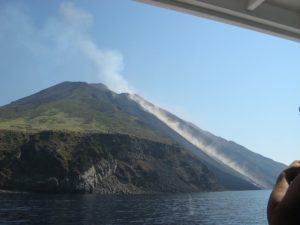 What are your first physical signs of anger? How do you know you’re getting angry?

Is it in your stomach? A churning?

Your hands balling up into fists?

Feeling redness in your face? Getting hotter?

It’s really helpful to know. If you’re unsure, ask someone you love and who you trust. They probably know.

This isn’t about not justifying your anger. You could be angry at world events or at a slight that happened on the subway. Maybe your partner snubbed you or your boss mocked you during a meeting. Knowing and connecting with your physical signs of anger gives you some method of taking care of it.

The Eruption of Anger

Some people like to look at this like a volcano. When it’s about to explode it’s very hard to rein that anger back in, but if you are aware of the beginning rumblings of the physical signs of anger then you’re left with a lot more choices. You can use all those “anger management” techniques you’ve read about. All that stress management. Those are harder to use the more advanced into your anger you are.

So this post is just about you taking a look at where your body tells you you’re angry, probably before you’re even aware of it.

Because your body knows that it’s shame, that it’s fear, or sadness. Or if it is a pure anger. The physical signs of anger will become apparent once you start to pay attention.

Your body knows, so tune into that first. To do that you need to practice. Practice being aware of

Know thyself, as the philosopher says.

Your Anger Response Has Roots–But They’re Not Unchangeable

Many of these reactions have deep roots. When you were a kid you responded to stuff from authority in a certain way and that path was dug and dug until it seems like it’s natural. As if it just has to be that way. The exciting thing is that once you know what your physical signs of anger are, you have the ability to decide whether you want to keep it–maybe you’re happy with that response–or change it. Change it to what you want now, not what your 5-year-old self wanted.

Take ownership of your responses. You’ll be respected by other and you won’t feel so out of control. This doesn’t mean repress it and it certainly doesn’t mean it’s okay to act out your anger in an aggressive manner. Connecting with your physical response to anger by what those triggers bring up is the first step to becoming more free.

If you’d like to talk more about how this directly affects you and figuring out your physical signs of anger, please contact me via email or call at the above number. Asking for help may seem like weakness, but at the end of the day you’re re-taking control of yourself. Nothing weak about that!