What Is Anger Management? 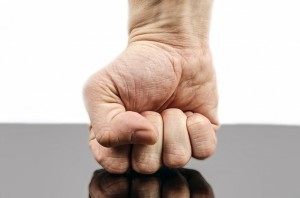 When men call and say they have an “anger problem” they’re sometimes surprised that I have a lot more questions. They want “anger management” and while I don’t actually say, “What Is anger management?” (because that would be annoying and I don’t like to annoy my clients), I do want to figure out what this particular guy means when he says he wants his anger managed.

Or when someone else thinks his anger should be managed.

Obviously, the phrase ‘anger management’ has worked its way into our everyday language. There’s both a movie and a TV show with that name.

But, honestly, it’s not a favorite phrase of mine.

The problem is that many people ask me about how to stop being angry. They are relatively angry when I tell them that it’s impossible. They might as well ask me to help them stop being human.

We’re stuck with ‘anger.’ It’s just a part of who we are. It’s an interesting emotion, though. It can become very destructive or it can spur on meaningful change. Societal change and personal change.

See, it’s what you do with that anger that’s important.

The problem is that for many people when they get angry they say they ‘lose it’. They ‘see red’ they stop being in control of their actions. They ‘explode.’

That’s a bit different than the human anger I’m talking about. I think we all can connect with the primal rage even if it means we have to dig down deep to recall when we were very young. Those powerful tantrums that we see in kids now. There’s some raw anger.

That’s the problem with anger. It’s often obscuring something a lot more vulnerable and a lot more hidden. Especially for men. We were told not to cry, to suck it up.

When I was playing Little League I would consistently get hit by the pitch. I’m still not sure if I was standing too close to the plate or if the pitcher just had it in for me, but I always got on base because I always got hit.

And it sucked. It was horrible. Even back then those kids could wing that ball at you and it stung like anything.

“Suck it up and take your base,” the coach always told me. No time to cry, no time to get a hug from a parent, no time to hide in the dugout and scream. Just run to first and hold that pain in.

I quickly learned that those painful emotions, the fear of getting up to the plate, the sadness that I’m being hit again, even the pain and the ways I wanted to express it were not acceptable.

For many men there’s only one emotion allowed as we get older: anger.

You see, getting pissed was fine. Threatening to charge the mound would be acceptable. Sure, it’s not legal in the game, you’d get thrown out, but no one would question your manhood.

And this is just Little League in suburbia.

Anger became the only acceptable emotion and now, as an adult, it can be getting you into a whole lot of trouble.

What Makes Up Anger?

Part of mediating this expression of anger is taking a look at some of those other emotions. Safely, slowly. Often those other emotions aren’t even emotion-like anymore. Maybe they’re your high blood pressure, maybe it’s your stomach’s IBS, or even trouble getting an erection. Not having those other feelings and not having a place to healthily express your anger can affect your health. Possibly even shorten your life.

So when someone calls to tell me they want anger management I ask them to talk about when their anger comes up. I meet with them and we can begin to explore that anger. We can channel it, we can allow it. Not manage it, not do away with it.

We can respect it. Listen to it. Our anger has a lot to tell us about what we value and who we are.

If you’d like to understand how your anger may be hurting you, please send me an email or give me a call. We can look into it together. You’re not the first man to want–or need–to do this. Even if you’re not sold on the whole counseling thing, we may be able to find a way to work on this that makes sense to you.