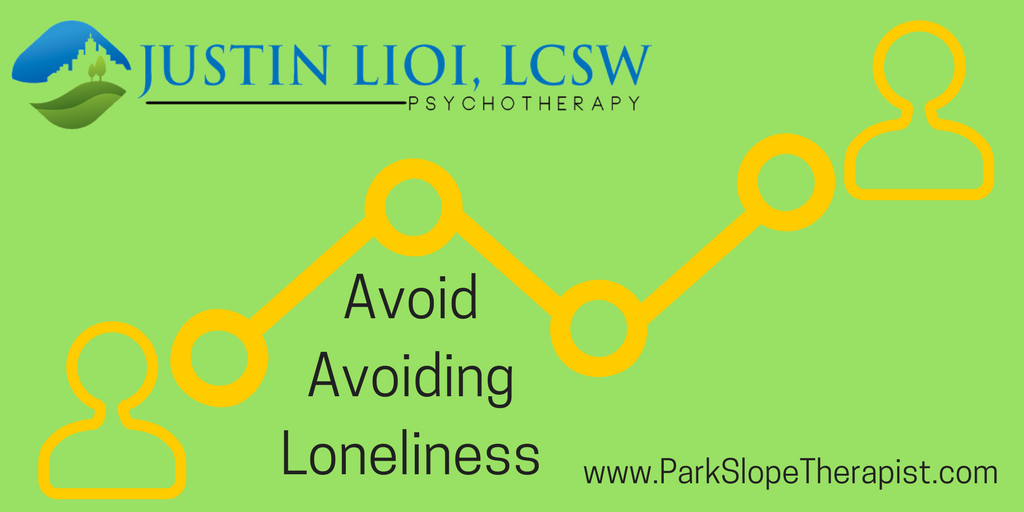 To some people loneliness is equal to death. Being lonely brings up dire feelings of fear that we jump through horrible hoops to avoid. There are many people who can’t spend a night alone in their home or are so afraid to be alone or be seen alone that they’d rather suffer at home instead of going to the park, the beach, dinner, or (forbid!) a movie by themselves.

Certainly, forced loneliness can be deadly. Solitary confinement is considered one of the most torturous things that can happen to a person.

Yet there are many who choose to spend time alone. Many introverts (not all) enjoy being alone much of the time. There are those who go as far off the grid as they dare to achieve being alone as much as is possible. Monks and religious, at least those that don’t live in a community, can also choose to separate themselves. Others, such as Henry David Thoreau, willingly place themselves in spaces where interacting regularly with other people is rare.

Yet in our social media saturated, people on top of everyone else subway ride, overcrowded city, there still remains a deep fear of being lonely.

Being Alone vs. Being Lonely

I’ve often heard people make the distinction between being alone and being lonely. These two concepts are incredibly different. Many people, even high functioning extroverts, want and value “me time” that is away from others. I think most of us don’t take enough “alone me time” because of the fear of loneliness. Once that feeling of loneliness begins to settle in, or just the anxiety that it might, people start to shift into avoiding behaviors.

So what is it about being alone that most people are okay with? Here are some great reasons to be alone

Self-care is a buzzword these days used in both positive and negative contexts and this can describe some of the “alone me time.”

You don’t have to feel lonely just because you’re alone. Most people don’t seek out loneliness. But it finds us.

So what to do?

How We Avoid Loneliness

As a therapist, I’m always on the lookout for how we are avoiding something. We’re masters at this.

Sure, those avoidance behaviors create worse problems sometimes, but we’re not thinking about that in the moment. We’re just trying to get through our morning, our day, our night and to do that we feel we need to push away loneliness. It’s why we stay with someone who we don’t like all that much or who treats us poorly. It’s why we end up at the bar instead of sitting at home (or going to therapy!)

I recently wrote a piece on the Good Man Project about the different ways we prevent ourselves from feeling sad, fear, and shame. We call these different ways “defenses” and there are a bunch of different types.

Loneliness, though, we often try to combat through relationships and having children. Both those are positive, awesome things, right?

Rarely, though, can they take away our loneliness and knowing that it’s going to come back someday may just compound it.

Allowing Loneliness to Give it Less Power

Imagine for a moment what it would be like to let yourself feel bad. To let the loneliness in.

Not let it “win” but let it “in.” Allow yourself to feel lonely. It’s probably not that easy.

One of the stumbling blocks is the common fear that if you allow yourself to feel something negative then you’re going to lose your way—you’ll lose yourself, even! You’ll get stuck in that self-pitying pit of self-pity.

Well, yeah, that would suck. No doubt.

But this is what happens if you don’t: you get to spend the rest of your life trying to outrun a feeling. Now the loneliness that’s inside, that you’re capable of feeling, well, it’s been around longer than you. It’s more tenacious than you. It will always find your hiding spot because it’s a part of you.

And since they are a part of us, it’s much more hospitable and less exhausting to let them in. To sit with the loneliness.

If you’re afraid of being stuck, let someone know that you’re feeling this way and to check in on you. Maybe even find a therapist to work through these feelings with if it’s too overwhelming or threatening to do on your own. Hey, this is what we’re trained for!

It makes perfect sense to want to avoid loneliness. It’s less helpful, though, when what we’re doing to avoid feeling lonely stops us from making connections with others—connections that give us life. Avoiding feelings only gives them more power—trying to outrun them just makes them stronger. Allowing ourselves to experience the feelings may give those same feelings permission to move through us.

I’m not saying any of this is easy, just that, as humans, we don’t have much of a choice! And it’s just possible we could learn something about ourselves and what we truly need just by allowing ourselves to feel all that loneliness.