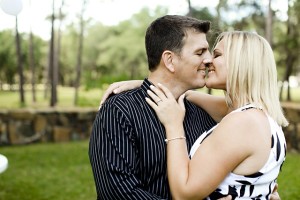 Has it happened to you? You’ve made it through the overwhelmingness of the online dating world and you’re finally chatting with someone you like? They seem normal. They seem funny and attractive. They have a job. There’s been no red flags in the first few email responses. And then, out of nowhere, your online date disappeared. Ghosted.

There was nothing to indicate that they were losing interest or even that they were just a rude person, but after they wrote about their favorite Beatles album and typed about how much they loved their dog named Smooch…radio silence.

Do you ask, “Was it me?” Do you scour those emails for some hint of something they could have been offended by? Do you want to write back (maybe you actually do write back) and just ask for an explanation? You don’t want anything else, you just want to know where they went and what happened.

You are absolutely not alone here, believe me. And it’s not a particular gendered thing.

Obviously, it would be the extremely rude person who would disappear mid-conversation if you had met at a party or at a local event.

Unless someone was being incredibly offensive you wouldn’t just walk away either, but probably have some choice words before you did. But if you’re having a friendly, perhaps mildly flirty, chit chat you wouldn’t just vanish.

The Difference Between Meeting Someone Online and Offline

Online dating is not the same as seeing a person face to face and then deciding that you don’t want to continue seeing them. Offline, if you’re a direct person, you can say, “It’s been nice meeting you, but I need to pick up the laundry” (and if you’re not a direct person you may stand there talking to someone  you have very little interest in because you’re uncomfortable letting them know that). At some point you extricate yourself. The online world has evolved (some might say, devolved) into a space with different rules. If your online date disappeared it’s because it’s so easy to do so.

There are conventions in the real world which are not present in the virtual one. Ending conversations is one of them. We don’t just walk away from a person—we don’t even hang up the phone without saying “Good bye” (unless it’s your mother calling to ask about your online date that never actually happened).

We’ve heard that more and more people don’t listen to voice mail messages. They see your “virtual breadcrumb” and they call back—or don’t call back. If you needed to provide more information, they say, you should have emailed.

Okay, so information age harangue is just about over. The idea here is that each conversation platform is not just one version of the other. People don’t replicate one-on-one conversation on texts, emails, IMs, and dating sites.

You Need to Know Someone to Reject Them

I don’t believe this is the same kind of disrespect as meeting someone who says he or she will call and then doesn’t. While I’m not apologizing for the person who disappears after a dating email exchange, it’s important to remember you really have no relationship with this person. Until you’ve met face to face you are still just words on a screen to each other.

I agree that it still sucks. I believe that you absolutely still feel rejected and maybe even a bit desperate.

You may have created a story about them, put together different pieces to decipher who they are, but how often do you get to that first date and say, yes, this is exactly who I thought I was going to meet. It’s rare.

A Relationship with an Idea of a Person

While romantic and safe, getting to know each other through extensive email and phone conversations allows your mind to create a person instead of actually engaging with that person. Their smells, their looks, their energy, their ability to make eye contact, how they interact with the waiter—there are all things you can’t take in when you’re not in the same space.

When Your Online Date Disappeared It Wasn’t Your Fault

People disappear online to protect themselves. People even disappear after an awesome first date, but that may be for other reasons. Maybe they were never going to meet someone, but they were flirting with the idea and are emailing as a way to dip their toe in the water. Many people who are using online dating services are not ready to date and they’re very scared. You’re engaging banter may have made them feel that you are a possibility and that scared them so they leave before you become real to them.

They can’t say this to you, so they bolt. Many people have “one foot out the door” as the online pool is vast and they might be juggling dates the same way some people go on a job interview knowing they have an offer somewhere else.

My point is that people don’t disappear online. They were never there and they weren’t fully people yet.

They were words (and a, possibly, airbrushed photo) on a screen.

Feel free to be in touch if connecting with others, online or otherwise, is getting overwhelming.