Ease Up on the First Date Pressure 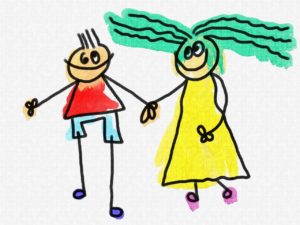 Have you been on a first date lately? Did it go amazingly well? Were you excited and knew the feeling was mutual?

Was the second date just ho hum, though? Was there even a second date?

It’s amazing that there can be a surge of chemistry–not just sexual, because we all know that can be fleeting–but sometimes there seemed to be such a connection on that first date and it seems to have disappeared. Could it be that the pressure of the first date could have been too much?

Don’t Pretend the First Date Is the Relationship

Believe it or not, this is not as crazy as it may sound. It’s certainly not rare. It’s one of the reasons that you should do your best to enjoy a first date, but don’t fall into the trap of planning too much beyond the second if the first date is going well.

People can be so starved for the excitement of a possible relationship that they can make the mistake of trying to make that first date be the relationship. You need to allow yourself to have a good time, but remember that it’s still early.

We’ve all seen way too many movies. These often touch a desire for an amazing connection and an amazing story when it comes to romance. When you’re watching a rom-com and you see the stars meet-cute, you know they are going to get together in the end.

You know it. Not because you have the hotline to destiny. But because Meg Ryan and Billy Crystal are the two people on the cover of the DVD case (am I dating myself with that reference?) You know that Katherine Heigl is going to get whoever she wants because, well, she was in Grey’s Anatomy.

Even before you watch the movie you know someone wrote a script and they called it a romance so even if you are not a gambling person you would be smart to guess that the two stars are going to get together by the final blackout.

OKCupid, Coffee Meets Bagel, and Tinder do not come furnished with a script writer for your love life.

Be On the First Date, Not On Your Anniversary

It’s not fair to either of you to imagine that you’re in a movie. Once you’ve been dating for a few years, if you have kids and you’re celebrating your 40th wedding anniversary, feel free to rewrite the story and see the destiny in it. Sure Joseph Campbell (paraphrasing Schopenhauer) said “when you reach an advanced age and look back over your lifetime, it can seem to have had a consistent order and plan, as though composed by some novelist” but that’s when you are looking back. It’s harder to edit out the noise when you’re actually living it.

What Mr. Campbell (and Mr. Schopenhauer) do provide us with is hope. They emphasize Emily Dickinson:

And who’s going to argue with her?

If you’d like to take a closer look at what gets in your way in the dating world, why you attract the people you do, or just become more confident and assertive if your interactions with others, please give me a shout at the number above shoot me an email here. Let’s work together to move toward the kind of relationship you want.