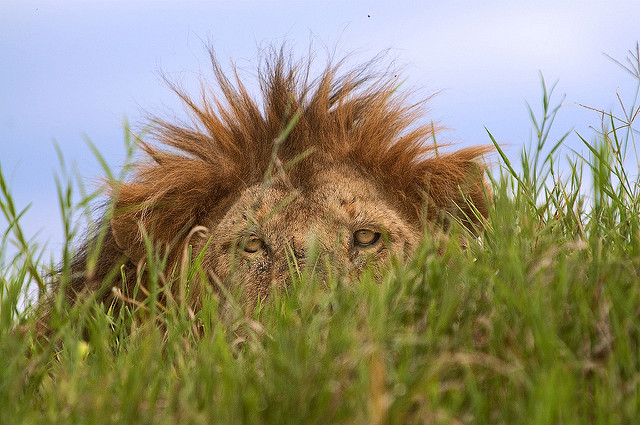 Boys spend a significant part of time from birth to 18 figuring out the question: Should men cry?

Girls are often chided if they cry too much, but it’s usually expected that there are going to be weepy times for them. These might be happy times or it could be during a breakup. Perhaps a family member or friend’s death will bring on tears, or maybe it’s just the frustration of finals. If our daughters aren’t crying we’re a little concerned—sure, we may be a tad relieved because it’s difficult to deal with other people’s tears—but that’s the expected release for girls. Right? Isn’t that what we’re told?

But should men cry?

Crying As a Signal

The case can be made that people’s tears serve a purpose for the others in their lives. They can be a signal that someone we love may need some attending to. Depending on the person and the situation we figure out whether they need us to intervene or simply be reminded that we’re nearby.

Just as a parent gets to know his or her infant’s cries and knows the difference between a “hungry cry” and a “tired cry”, other people’s tears are signals for what’s happening to them. The more we know that person, the deeper the relationship we have with that person, the more we can pick up on that signal and connect with them the way they need us to.

All that being said, whenever there is the urge to cry, the need to cry, and if you’re wondering “Should men cry?”, you need to know that it’s not a well-thought out signal to someone else. It’s an inner response to something. Maybe that something is something sad, jarring, funny, or infuriating.

It lets us know something is shaking us up. The beauty or shame of it all is that if we let it out, if we allow that expression to get that relief—if we let ourselves cry, we are also signaling to the world that we are experiencing…something.

My 11- or 12-year-old self had had enough of those “somethings” that led to shame when I would cry that I finally said, “No more.” “Should men cry?” Well, I wasn’t going to. I was not going to open myself up to the reactions those tears received. Reactions like

I remember this solidified at some point when I was watching Law & Order. Jack McCoy, not a “tough guy” like one of the cops, but a man who basically said, “Bring it on. You’re never going to see me vulnerable.” That character was an inspiration for me when it came to answering the question, “Should men cry?”

Of course, I wasn’t thinking of my mental health at the time, just my survival.

It took a long time to undo that. There are still remnants of this shame, but now I treat those remnants more like signposts that let me know what I’m going through and what I need.

Feeling the tinge of that shame is a part of me that lets me know that I’m beginning to feel vulnerable and, as an adult, I get to provide myself some choices. Now I can decide whether it’s a good time to “let it out.” That might mean tears, but it also just might mean admitting how down or upset I am. It might mean “feeling the fear, but doing it anyway.” It certainly doesn’t mean weakness.

Part of that decision will be about relationships. It’s important to have people who can handle this part of you. It takes time to figure out who those people are. If there is any good reframe from that early shaming it’s that we learn that someone has to earn the right to see your vulnerability.

However that vulnerability is expressed.

But Should Men Cry?

And if that vulnerability comes out at other times, say at a funeral, when there will be people around I don’t know that well. Well, I’ve also built up enough self-respect and self-understanding that I don’t care if someone has a problem with my emotions at those times. A negative response—pushing me out of the room, pity, shock—those dreaded reactions from when I was 12 would say more about them than about me.

Don’t get me wrong, though. All of this took a lot of work. A lot of moving through anger, fear, sadness, and shame. Moving through all that to get back to me.

I still don’t cry a lot. But I’m not afraid of those tears now. Their purpose, along with the great release and relief when they come, is also the signal they send to me:

And that can be the hardest lesson.

If you struggle on your own to get in touch with some of these vulnerabilities and want someone to help walk you through it, please don’t hesitate to contact me, either by email or phone, and we can discuss a bit how I may be able to help.