A Rat As a Natural Remedy for Depression? - Justin Lioi, LCSW - Brooklyn, NY

A Rat As a Natural Remedy for Depression? 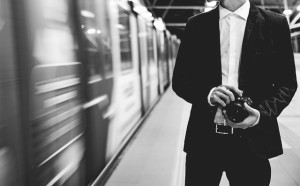 The other night I was on the subway and I experienced something that had not happened to me in over ten years of living in New York: a rat got onto the subway car just before the doors closed. People were screaming, jumping up on the seats, pointing and video taping, of course. There was no distinction between any of us. Big, small, cool, un-cool—we were all doing the same thing. Felt different from when everyone was angry at each other.

It was kind of exhilarating. And a natural remedy for depression.

We weren’t actually in any real danger, but the possibility of a NYC rat touching us (or coming anywhere near us) was so uncomfortable to handle.

I’m always watching people watching the rats when they’re dodging around on the subway tracks. Even people who are disgusted still seem fascinated by them. But that wall of safety that being on the platform appears to give us is swept away once we’re trapped in a subway car with the animal.

Connections Due to Rodents

What I liked most about the situation was that anything that separated us before the subway ride was forgotten. Any indication that someone was being too loud, or was clipping their nails, or was man-spreading was gone. It didn’t matter. We were all bound in solidarity against this being that was immensely smaller than the smallest of us.

Plus—everyone was smiling. Even the people who got closest to the rat (sorry to break the news, but they can get up on those seats, so all our standing was really an illusion of ‘safety’) were laughing and smiling as they were screaming. It was as if this moment was a natural remedy for depression. No one was sad—there was no time.

I’ve seen tragedies bring people together. I’ve seen long lost family members reconnect at a funeral, saying, “I’m sorry this is what got us to talk again.”

There was a shared emotional experience on a Saturday night on a subway. It was over once we got to 42nd Street and we mass exodus-ed together and went on with our night. It was something to text, Facebook statused (with video), and told at the next New York City gathering.

Not Avoidance, but a Brief Respite

Anyone who has been reading my blog knows I’m not one for using external things to distract us from our feelings. I’ve written about taking time to feel the stuff you’ve been avoiding.

But there are times when something happens that is all encompassing. Obsessive thoughts, or ongoing worries and anxieties are forgotten about for a short while.

I would highly recommend being in a subway car with a rat as a natural remedy for depression (unless you have a phobia, then definitely no) because for a brief time you are not thinking about your job, your relationships, or anything other than the rat in the subway.

Once you’re off the subway and you realized that you can have relief from the thing you’ve been struggling with it may give you some needed hope that things can get better. And any chance you have to focus on the possibility of things getting better is important. It’s essential.

It can be easy to dismiss these moments as simple exceptions that don’t matter, but they do. Because we need to know that we are capable of being happy, or feeling relaxed, of experiencing enjoyment in life. At our worst, we really believe that those emotions are for other people.

A ride from Columbus Circle to Port Authority with a rat doing laps in a subway car will remind you that you are not your anxiety or your depression. You are capable of connecting with others and you can feel exhilarated.

If waiting around for rodents isn’t your idea of a mental health prescription and you’d like to start exploring what’s happening to you, please feel free to get in touch with me.