Trapped in the Prison of Masculinity 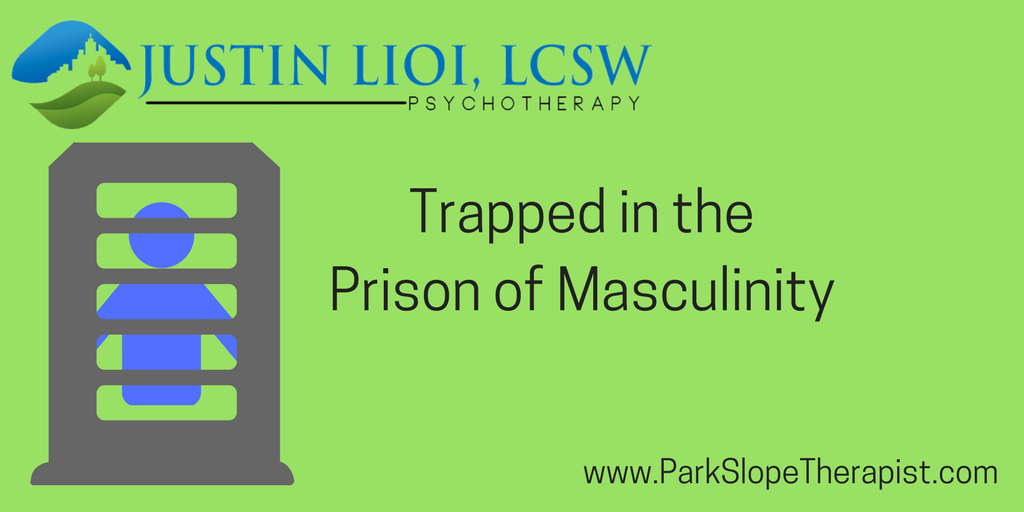 Having finally seen Moonlight (Non Spoilers ahead, I promise) just a week before the Oscars I was talking to a friend about how I spent the film feeling anxious and thinking about the masculine prison. I was feeling the angst of what I like to pretend only existed in the growing up years for boys. That sense that their masculinity is being eyed at all times and if you take too many steps away from what the “norms” are you’re going to get made fun of, you’re going to be embarrassed, or you’re going to get hurt.

The danger of violence is everywhere and while the physical is horrific, most of us get to adulthood with more emotional than physical scarring of stepping outside of that masculine prison. The fear that if you don’t walk a certain way, clap your hands a certain way, laugh a certain way–if you do anything that even hints at “feminine” you are in for it.

Maybe it’s a little different now. We see a lot more depictions of different gender expressions that don’t fully fall into that binary many of us grew up with, but there’s a different, gentler mocking too.

The ‘metrosexual’ gets a bit of a sneer, doesn’t he? And then there’s the “feminine man” that women want but don’t want, at least that’s what Tony Robbins would have us believe in I Am Not Your Guru. It reminds me of the book Iron John by Robert Bly who believed that we needed to reclaim our manhood in the forests and away from our mothers.

It’s always intriguing to me that no matter how long I do this work in supporting men in uncovering the layers of anger and pain that prevents their fulfillment in relationships and work, I also still feel that pull to the binary. That sense that I’m supposed to be a certain way as a man.

Because there’s nothing wrong with being a masculine man–unless that means that in order to stay masculine you need to dominate everyone. Unless it means you’re not allowing for your own pain or your own vulnerability because the masculine prison won’t allow for that.

You can have both–if that’s who you are. Masculine is not the bad word here, it’s the prison that sucks.

If you’re struggling with finding your own version of being a man. If you want to break out of the masculinity prison and feel free to define for yourself just what your masculinity is please get in contact with me for a free phone consultation.