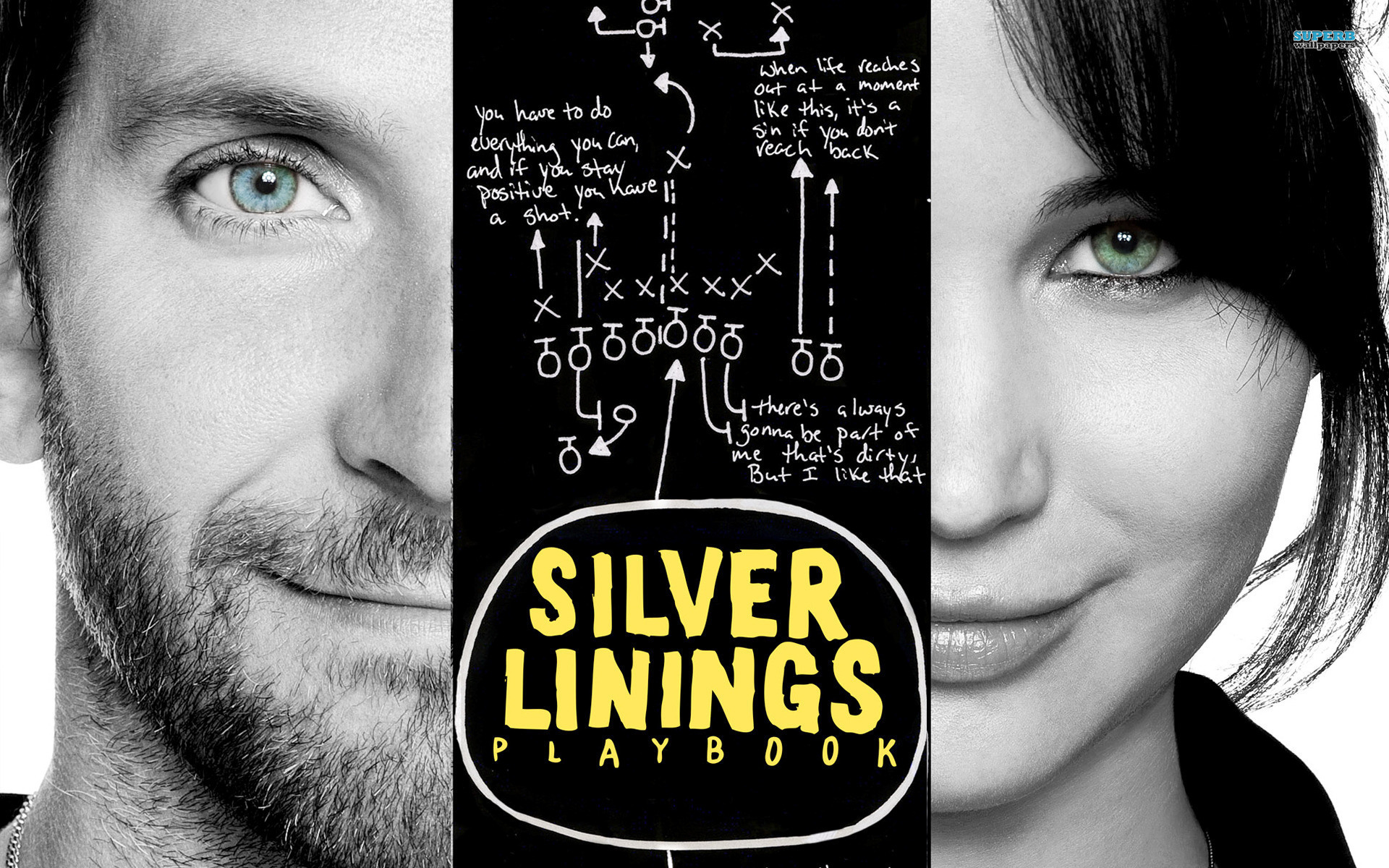 There’s a scene in Silver Linings Playbook where Pat, Sr. (de Niro) is talking to his son, Pat (Cooper), who is lying in bed. It’s touching, painful, and funny all at the same time. Witnessing a crying dad can be difficult for a son. Because we’re watching the movie we get to have all those emotions. But how often, in the midst of fatherhood, are we able to connect with the absurd and the tragic all at the same time?

He’s talking about how he feels he could have done things differently, but this is prompted not only by his son’s struggle with a mental illness, but also by his own belief in superstition. The dad here finds it easier to get emotional and vulnerable by filtering it through his passion for football. Just nakedly expressing his fear and sadness about his son and how he may have contributed to his son’s circumstances is too much. It breaks through in this moment.

It also finds an outlet earlier in the film in a more acceptable masculine emotion than the crying dad: anger. When Pat’s manic episode ends up with his mother falling down all bets are off for Pat, Sr. He is able to bring all the fear and anxiety and filter it through anger because he feels he is defending his wife.

What a horrible moment. Anytime we watch a parent make a choice between the other parent and their child is heart wrenching. And as the therapist in the next scene tells Pat: dad was defending mom. I’m not making excuses for Pat’s behavior (either Pat), but I wonder if this triangle has been repeated through the family’s lifetime. Was mom’s job to manage the kids’ feelings while dad waited until the situation was too big in order for him to get involved—therefore he felt he had no choice but to use physical aggression?

To be clear, I’m not saying this was a family where there was child abuse and certainly not a lack of love. Just a father who wasn’t able to honestly be in touch with the more vulnerable emotions. This can lead to unplanned, regretted explosions when mom couldn’t handle things.

Years ago I read in Raising Cain by Dr. Michael Thompson that, and I’m paraphrasing, if you want to see a man cry, ask him about his father. Seeing a stoic father become a crying dad can be scary as well as a relief. The scariness is witnessing that someone you thought always had it together was capable of “losing it.” One of the reasons that traumatic events are so difficult is that they disrupt our sense of basic trust (I know I felt that after 9/11). The man who got us through bullying, starting high school, dropping us off at college and driving away, can also “lose it.”

But if you are able to survive that, you then can feel immense relief that being a man doesn’t mean keeping it together at all times. Permission to feel deeply sad and to let go during these times is healthy.

Many of the men I meet in my work tell me that the one person who’s really seen them break down is their partner. Although they’ve spent a lot of time being strong and masculine they have found someone who they trust with themselves at their most vulnerable.

There’s a lot of hope in that. Especially for men who come to therapy uncomfortable, angry and feeling out of place. Many are worried that they won’t be able to be good dads because they didn’t have an emotional role model for the job. Still they’ve already shown themselves capable of the feelings they’re sometimes worried they don’t have, yet then they do their best to hide this vulnerability from their kids.

The Fear of the Crying Dad

Men and women are both afraid of teaching weakness to their kids. This is understandable to anyone who’s made it through middle school. Other kids, adults, teachers, coaches, often take advantage of that weakness and quickly convert it to shame. Sadly, learning to put up a strong, no nonsense front isn’t the antidote for this.

Don’t get me wrong, it works for a while. It can even be helpful during really dangerous times. But once that mask starts molding to your face it’s very difficult to let it slip a bit and see what’s truly underneath.

Knowing that you have the ability to let your girlfriend or wife see this—experience this—is an amazing step and solid proof that the outward show isn’t the whole story.

Are you with a woman who allows you to cry?

If not, my guess is that you feel they need to be protected from you not looking strong. How will they manage knowing that you can lose it?

It’s a real worry, right? The thing is, they do manage and they learn that if dad can show these feelings than they can too. And they can do it in front of you knowing they won’t be shamed. If you hold it all in, you’re teaching that they shouldn’t have those feelings. And if they do, there’s something wrong with them. They are letting you down:

These are probably not the thoughts you want your kids to have.

Don’t get me wrong, mothers get in on this too. They often don’t think the kids should see them crying either, but I wish I had a nickel for each time I’ve heard from a father, “Look, you made your mother cry.” It’s always said as if this were proof that the child did something wrong—that they caused a strong negative reaction in their mother—and not a reaction in dad, of course. She can’t handle those emotions and the child should feel ashamed.

There’s lots of subtext there, but what’s a real issue (aside from whatever the kid did that he or she most likely shouldn’t have done!) is that dad can’t handle strong emotions. That’s a shame and it’s a really strong, negative message to your kids. Both boys and girls.

Of course, it’s not springing from nothing.

Fathers who say that often either heard it growing up or their father was even less involved than Pat, Sr.

You don’t have to do this. You can be braver and teach something else to your children. Are you game?

If you’re interested in changing the game for your kids or just feeling better in your own skin, please don’t hesitate to get in touch.