Who Should Hold the Umbrella? - Justin Lioi, LCSW - Brooklyn, NY

Who Should Hold the Umbrella? 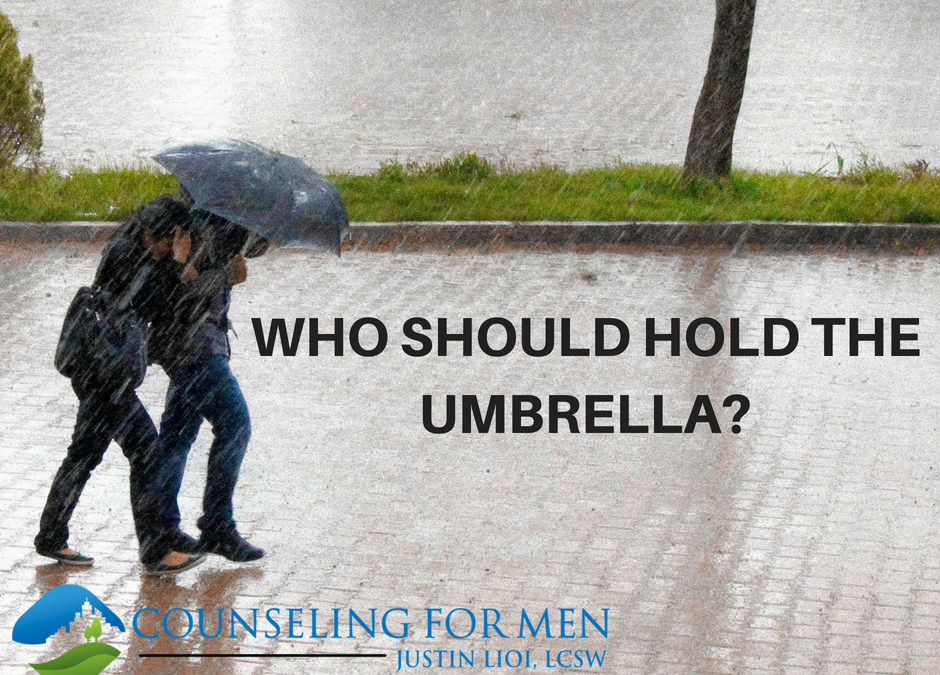 If you’re a man, particularly a straight man, how does it feel to be with a woman who doesn’t expect, maybe even doesn’t allow you, to do the masculine thing. The expected masculine thing.

And by “masculine thing” I mean:

Many men I know talk about an intense uncomfortable feeling that comes over them when they are confronted with this. And, remember, this isn’t a decision like who should get the last place on the lifeboat while the Titanic is sinking–the stakes are fairly low here, but the anger is huge.

I write about this over at The Good Men Project in the provocatively titled The Little Ways We’re Sexist (And Why They Matter So Much).

Want to delve into this for yourself? Contact me to schedule a time to meet.

Ready to talk about what’s holding you back, contact me for a free phone consultation.