Is Being "Desperate" in the Dating World Such a Bad Thing? - Justin Lioi, LCSW - Brooklyn, NY

Is Being “Desperate” in the Dating World Such a Bad Thing? 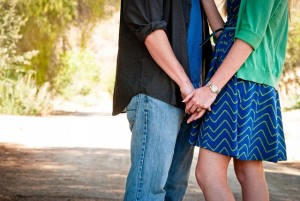 I just did a quick google search of “acting desperate dating” and the results were not pretty, but I’m sure people found exactly what they were looking for: validation that if you are—or even seem to be—“desperate” it’s going to hurt all chances for romance. Dating is already overwhelming and now we have to worry about whether we’re coming across as “desperate.”

Rules, Rules, and The Rules

I know we talk about this as if it happened only when we were in high school, but there is so much made up stuff that seems designed to just make us seem less desperate.

So many rules. In many circles if you break one of these—meaning jump the gun and decide your own timeline because you’re following your emotions and not a textbook—you are at the risk of getting that big D label. (“Desperate”–that’s the D label.)

Cathy was desperate. Her word. She was also straight, in her mid-30s, mildly content in her career, and alone. She had her roommate, she had some friends (but not as many friends as she had when she was younger), but no partner and it had been a while since she had dated anyone or cared deeply about anyone. She was vulnerably honest with what she wanted in a guy. She knew all the rules and with every new guy she met she reminded herself of all of them. And then she broke them. Each one. This led to lots of heartbreak. Lots of new found determination for next time. Anger, sadness, fear of being alone forever. Nothing seemed to work for her.

Until it did. Cathy met a guy for whom all that stuff was part of why he fell in love with her. She didn’t have to change her desperation, she just needed to find someone who saw it for what it really was: honesty, vulnerability, and passion. And it just so happened that those qualities were what he was looking for in a girlfriend (they’re married now, by the way).

Changing How We View Desperation in Dating

This is not a post about how therapy will change your desperation into something that will let you find love. It’s about how acting desperate while dating needs to be reframed just a tad.

Sure, there’s the over-sharer: “Hi, I’m Steve, I’d like to have a child by next Fourth of July, am prone to stay in weekends to binge on Netflix, and have a weird scar on my chest due to that one time I flipped out on that bartender for mixing up my drink order.” (sound familiar? Check out anger management issues here.) And there’s the person whose needs are so raw due to past relationship and trauma that tears are flowing before the cafe au lait gets to the table.

But let’s take desperation and reframe it as honesty. As, “this is what I want, this is who I am”—not all the details, but Cathy was always going to be a fearlessly emotionally honest person. That was going to be there and whoever she was with needed to not only know that, but they needed to want it. She needed to find someone who found that quality absolutely enchanting. Someone who would love her with that quality. I can only hope that Cathy continues to bring that fearless vulnerability to each part of her relationship and that it continues being accepted in a loving way.

So it’s okay to challenge all those conventions, but keep some stuff in mind. Many others, though not all, expect these conventions and will be thrown off kilter if you break them. If your friends tell you that you are too eager—listen to them, but also ask yourself if you’ll be happy if you meet the person who follows those rules. Will that be okay for you?

Most of the great love stories I hear, in my office and in my friendships, are people who break some of those rules. Not indiscriminately, not in a devil-may-care way, but in a way that makes sense in the moment. In a way that speaks to their instinct.

Yup, these people suffer. These people are emotional and honest and are told that they are desperate—or in the internet dating age, potential partners just disappear for absolutely no reason, or ghost. And when there seems to be “absolutely no reason” we often decide the reason is us. We endlessly replay what we did to screw it up yet again hoping to find that “thing” we did so we can never do it again. We tell ourselves to top acting desperate dating. Stop showing how much we want a relationship. Stop doing whatever it is that isn’t working.

If you feel that you’re such an over-sharer like Steve, extremely raw from past relationships, or just want to take some time to explore patterns that you (or your friends) are pointing out to you, please don’t hesitate to drop me a line.